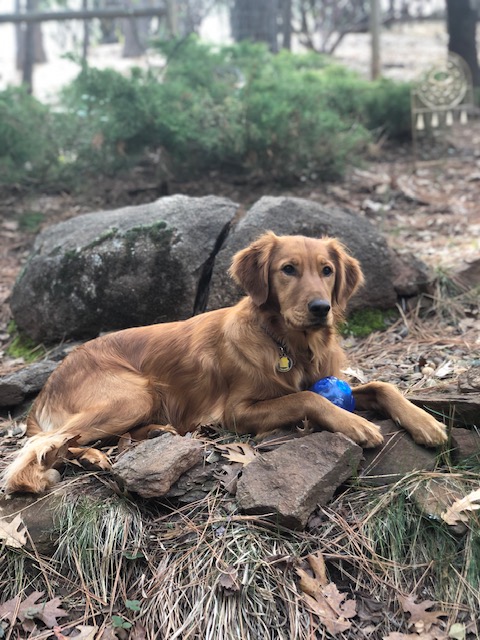 Koda has been a great addition to our family. It’s hard to believe it’s been over three years since we adopted her at four months old. She and Kloe are almost always together and have grown to be good companions even though there is some sibling rivalry from time to time. It’s heartening to know that since only two years separate them they should have many more years together as they grow older.

Kali was seven years old when Kloe joined our pack at just nine weeks old. Kali was just the right age and had an ideal temperament for bringing a puppy into the family. She quickly accepted the new little whippersnapper and become a surrogate mother during Kloe’s formative years. They became great companions to one another. Kali was still young enough to have interest in playing. At first very gentle and then as Kloe grew larger and stronger more vigorous. It didn’t take Kloe long to become larger and stronger than Kali. By 9 months old she was 75 pounds surpassing Kali’s 60. As Kloe got older they became more of equals, never any competition or rivalry as there is at times between Koda and Kloe. Even as Kloe grew older and larger she continued to seek comfort from Kali as she did when she was a wee pup. I know that Kali enjoyed having a companion in Kloe and they were never far apart from one another.

Kali has slowed way down over the past year or so. She has wobbly legs, poor eyesight, hearing loss, and she doesn’t seem to have a good sense of smell any longer. Other than that she’s fantastic! 🙂 It’s become harder and harder for her to get around and at 12 plus years now she mostly sleeps. She’s earned it and she maintains a very special spot in my heart and in my day to day life.

Recently I pulled up some old photos of when it was just Kali and Kloe. It was fun to look back a photos of Kloe at 15 or 20 pounds laying on big sister Kali and then seeing photos from over the years with Kloe still using Kali as a pillow. And the photos of just the two of them hanging out together sometimes being a little goofy. Although the pack dynamics have changed over the past few years with the addition of Koda and with Kali aging, it continues to make me happy to know there is still a special bond between Kali and Kloe!

It’ obvious how much they love each other!

Aw, I love all those photos!! Thank you for sharing them – and your girls – with us!!

I have a lot of photos of my Callie and Shadow. Though only six months apart in age and “Gotcha” days, Callie took on the role of surrogate mama to Shadow from the very first minute we brought Shadow in the house. Poor Shadow seemed so lost without her.

Thanks GL. We thought that Kloe might take on the role of Mama to Koda but it didn’t happen. Due mostly to Kloe’s mild demeanor and Koda’s tenacity they were almost equals from the day we brought Koda home at 4 months (Kloe was 2 and a half). A couple of years ago when Kloe was down for almost a year with CCL injuries and then recovery from surgery Koda spent a lot of 1:1 time with Kali. Now that Kali is 12 and struggles at times it’s interesting to see Koda watch out for her. It’s so wonderful to see our pups together and interacting in so many loving ways! Have a great week!

Your trio always elicits smiles in my heart. LOVE those Golden Girls!

Thanks Monica. My girls will be happy to know they put a smile on your face. Enjoy the rest of your week at the ranch with your beautiful and loving ranch hands. 🙂

Thanks Michael. Please give the girls nice ear/belly rubs from me.