The past three months have been challenging for our pack.  Especially for Kloe!

Three months ago she was diagnosed with a partial tear of her right cranial cruciate ligament (CCL).  This is analigous to the ACL in humans. Since this was a partial tear the prescribed treatment from our vet was almost zero activity except to pee and poop and monitor for improvement.  After about six weeks of getting better she came up lame on the left leg and – yep – she tore the left CCL.  So just as she was improving on the right to the point where short walks on flat ground would be ok she was back to square one!

Now after three months there has been limited improvement and after in depth consultations with her vet we have scheduled her for a tibial-plateau-leveling osteotomy (TPLO) which is a surgery performed on dogs to stabilize the stifle joint after ruptures of the cranial cruciate ligament.

That’s a lot of acronyms and tongue twisting words!  There is also a lot of fear and worry.  But there is also a fair amount of optimism that it is a pathway to get Kloe back to Kloe.  A specimen of athleticism, muscle, and strength who used to run like a gazelle.

For the past three months Kloe has not been allowed to do much of anything as we were in our zero activity mode.   Now it will be another three months of the same zero activity.  Surgery is scheduled for the end of this month (August 28th) and then recovery and more rest time of 6 to 8 weeks after that (for starters..).

Rest rest rest! After all this is all over with Kloe is going to be the most rested dog on the planet!

Kloe’s eyes are often sad these days as she looks out the window longing to be out on her own.   She perks up when we pick up the leash because she knows that means we are taking her outside.  Sometimes to do her “business”.   But sometimes to just sit on the deck or patio where she can smell whiffs of squirrels, cats, and other critters in the air.  While sitting I see her eyes darting back and forth surveying what used to be her domain.  Her world where she was free to run, jump, chase, and wrestle.   But more recently a world she can’t be fully part of.  It’s sad for me and we’ve both adjusted but I don’t want either of us to let this be the new normal.  She’s much too young at three years old to make this her new normal!

I’ve resisted the temptation to go into the nitty gritty details about Kloe’s early symptoms,   information about the TPLO surgery, or about other alternatives that were considered.  Because this is not a medical or science blog.  It’s a blog about my three girls Kali, Kloe, and Koda, and our collective life and experiences living in the mountains.  But if any readers are interested in the details of the injury, or once the surgery takes place the surgery itself and subsequent recovery period,  please feel free to comment here to this post or email me at mike@goldenk.net.   I am not an expert by any means but I expect I will learn a lot over the coming weeks and I would be happy to share those learnings and related experiences with anyone who is interested.

Meanwhile, your well wishes, prayers, good vibes, chants, indigenous dances, or any other ways that you can send positive energy towards my sweet girl Kloe will be appreciated. 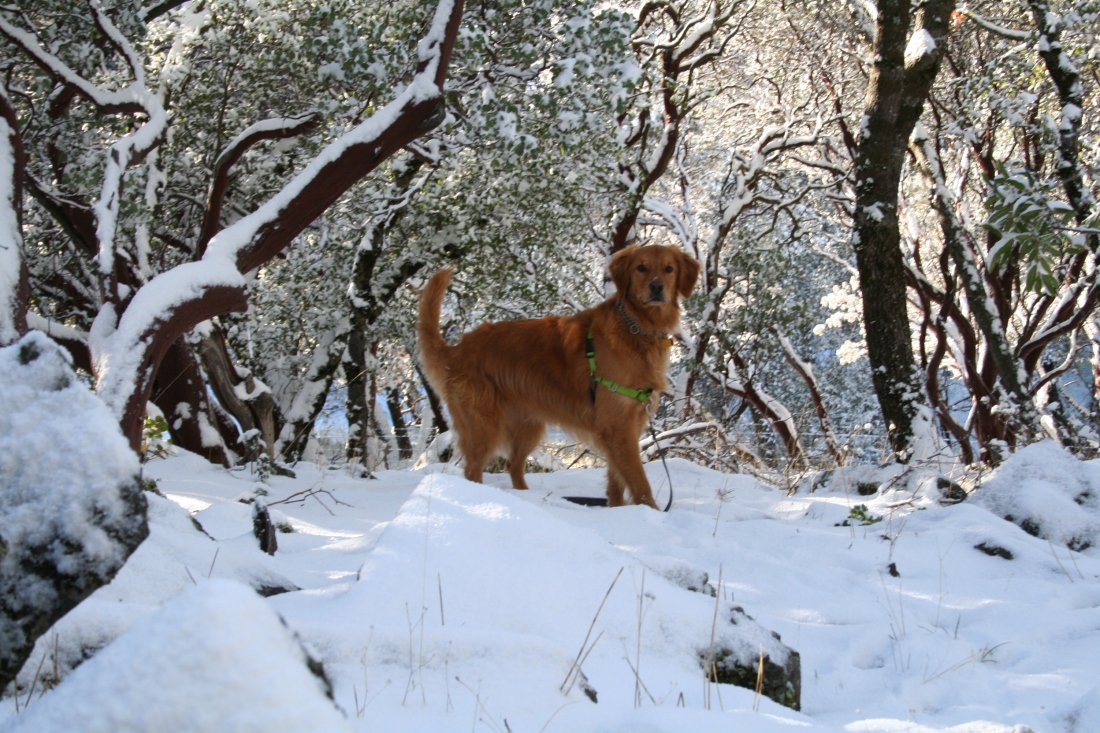