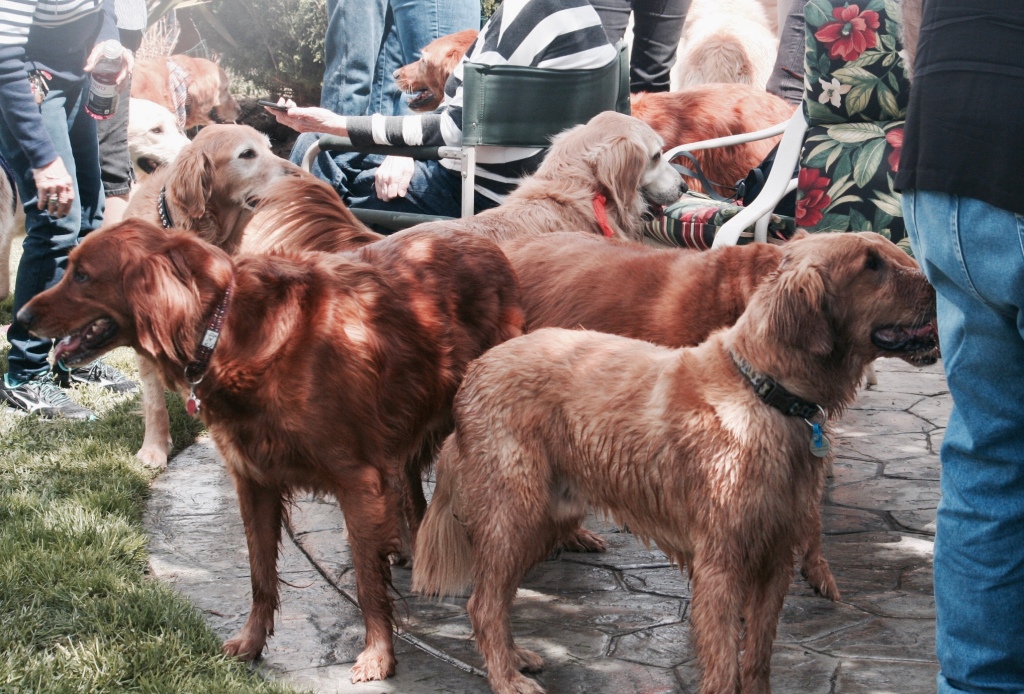 Why this yearning for dogs?… Maybe it’s the endless feed of Golden Retriever puppy pictures served up in a Facebook group I belong to.  Or perhaps it’s because of an Instagram account I follow that posts nothing but Golden Retriever puppy pictures.  Or maybe, and most likely, it’s a life force that pulses through my body physically, spiritually, and emotionally.   Something in me that guides me and defines me all at the same time.   I joke that if I have the chance to hang out with people or dogs I choose dogs.  I guess its not completely a joke.  I gravitate towards dogs over people if there is a pup anywhere I am.  I consider myself to be a very social person so it’s not that I shy away from people.  I enjoy people.  It’s just that if there is a dog around it usually commands my attention.  If there is more than one dog more of my attention (and joy).

So I guess it was inevitable that we would eventually add a third dog to our pack.   This morning I picked up “Koda” from True Love Rescue (TLR).  TLR is a wonderful rescue group in Northern California.  It’s the same group that brought us Kali and Kloe.  And yeah, it’s a “K” thing with the girl’s names and we call our mountain home The Golden K where it’s mostly about the pups.

As with many things in our  life Holly and I don’t hesitate once we’re ready to do something; buy a car, buy a house, move from the Bay Area to the mountains, and adopt another pup.  It was just four days ago that we decided the time was right, especially when we learned that there were two pups remaining from a rescued litter.  We called the organizer, told her we wanted to adopt “purple” (the color of the pup’s collar in the picture) and here we four days later with our new pup Koda.  The big girls, Kali and Kloe, were very welcoming and there was no drama when I introduced them to Koda.  Kali was mostly indifferent but polite and accepting.  Kloe, as she is with most new dogs she meets of any age or size, immediately engaged with Koda, with puppy poses, and sniffs of all the usual body parts.  Kloe followed Koda around as she explored her new surroundings and ultimately they engaged in some light play.  Kloe restrained herself appropriately and was instinctively aware of the 60 pound size difference between her and Koda.  I was proud of the the big girls and I know they’ll both be great role models and teachers for Koda in the weeks, months, and years to come.

So yes, number three was inevitable.  I can only ignore the aforementioned life force and pulse in me for so long.  As I end the post I reflect on some of the things I know about dogs in general and especially my girls.  They can lower my blood pressure simply by being nearby.  They can calm me after a difficult day or negative experience.  They can lick my tears away when I cry, and make me laugh when I’m sad.   Sure they can try my patience at times but their patience with me is unlimited.  And the unconditional love they have for me is humbling and consistently challenges me to be a better person.

I  look down and see that all three are now all asleep at my feet.  And for this moment in time I am harmonized with the world, The Golden K, and my girls. 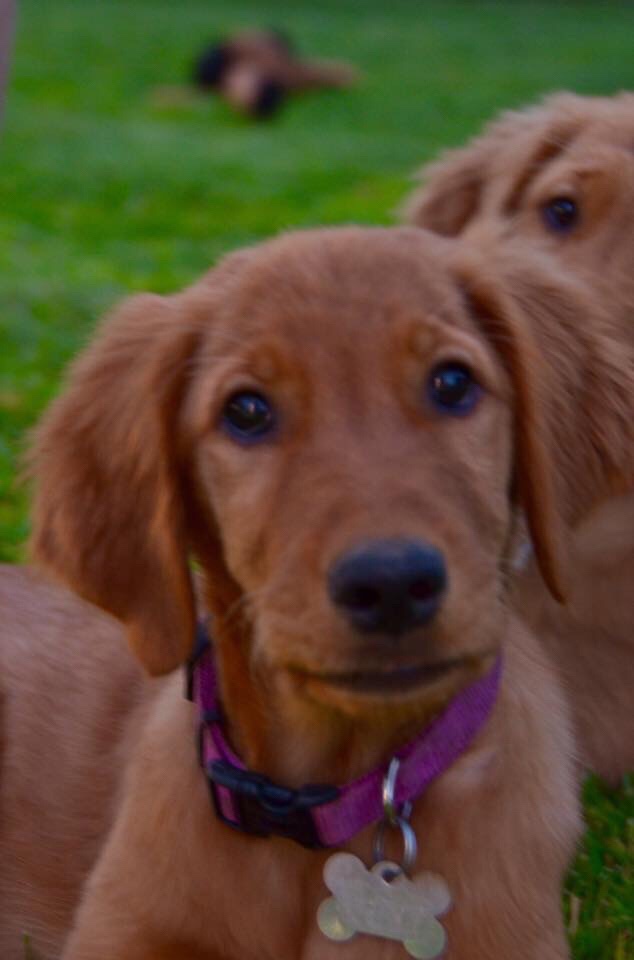 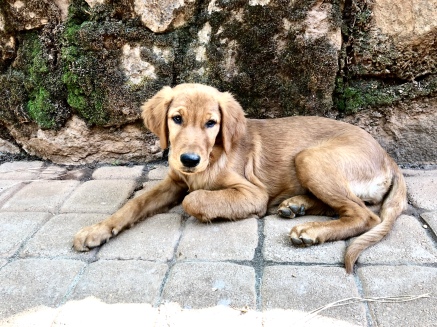 Day 1 at The Golden K 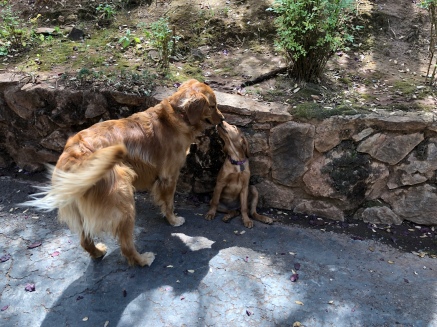 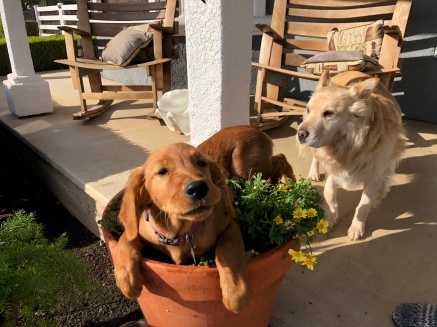 Ready for the ride home to The Golden K

Welcome to Koda! And yes, dogs enrich our lives in so many ways. There is almost no such thing as too many. I’m so glad that she has joined your family, and that the transition has gone so well. We miss our Lucy so much, and I know we will be getting a new dogs soon, when the time is right.

Squeals! What a beauty little Koda is. 💖 Congratulations on welcome this new pupster to the pack. With her ‘big sisters’ in tow, she’ll be running with a some furbulous Goldens! Welcome sweet Koda, you have been blessed with a pawsome pack.

Thanks Monika. Stay tuned for Koda alerts. It will be interesting and fun to say the least!

Puppies will always make life interesting and keep you young.

Congratulations to all of you …. you’ve all got a new friend, and she has new friends and a new home! 🙂

Thanks Colin. The Golden K just got a little more Golden.