“Off Kali” I said in a calm voice while gently pulling her down and letting her know it wasn’t alright to be on the furniture.  She had walked up to the leather couch in the family room and crawled up.  This happened the second or third day Kali joined our family during the summer of 2014.  Since then she hasn’t been on the couch – at least not when we’re home and that we know of.

We never let Bailey, our previous Golden, on the furniture.  Smokey on the other hand has full rights to be on any piece of furniture he desires: chairs, beds, pillows, under the covers at night, etc.  How unfair is that, right?  Well dogs don’t know fair and Kali has seemed to accept the fact the floor is her domain and the higher ground – such as the leather couch – is ours (and Smokey’s).

There really is no rhyme or reason to Kali not getting on the couch.  It’s not like her hair doesn’t already float through the air and find it’s way onto any and all surfaces, nooks, and crannies.  That’s life with a Golden – it get’s hairy at times (most of the time).  So while there has been no specific reason it’s been the rule and Kali has been fine with it.

A few nights ago Holly and I were in our usual position after dinner on a dark and cold Fall evening.  The TV is on the background, Holly is sitting on the couch reading with a blanket over her legs and I’m in my recliner futzing on my laptop.  Kali is also in her usual position along the side of my recliner on the floor.

Then with the pat of a hand all bets were off.  No more Bailey rule and no more Smokey Only rule…  Anarchy!

Kali get’s up from her lying position walks up to Holly and places her magic snout on Holly’s lap.  Kali’s eyes are alternating between Holly and the couch.  Before I could say, “Kalice Marie” ( my most frequent nick-name for Kali during faux dramatic situations)- “you are not allowed on the couch”, Holly has spread out the blanket along the couch and has invited Kali up with a  pat of her hand on the blanket. 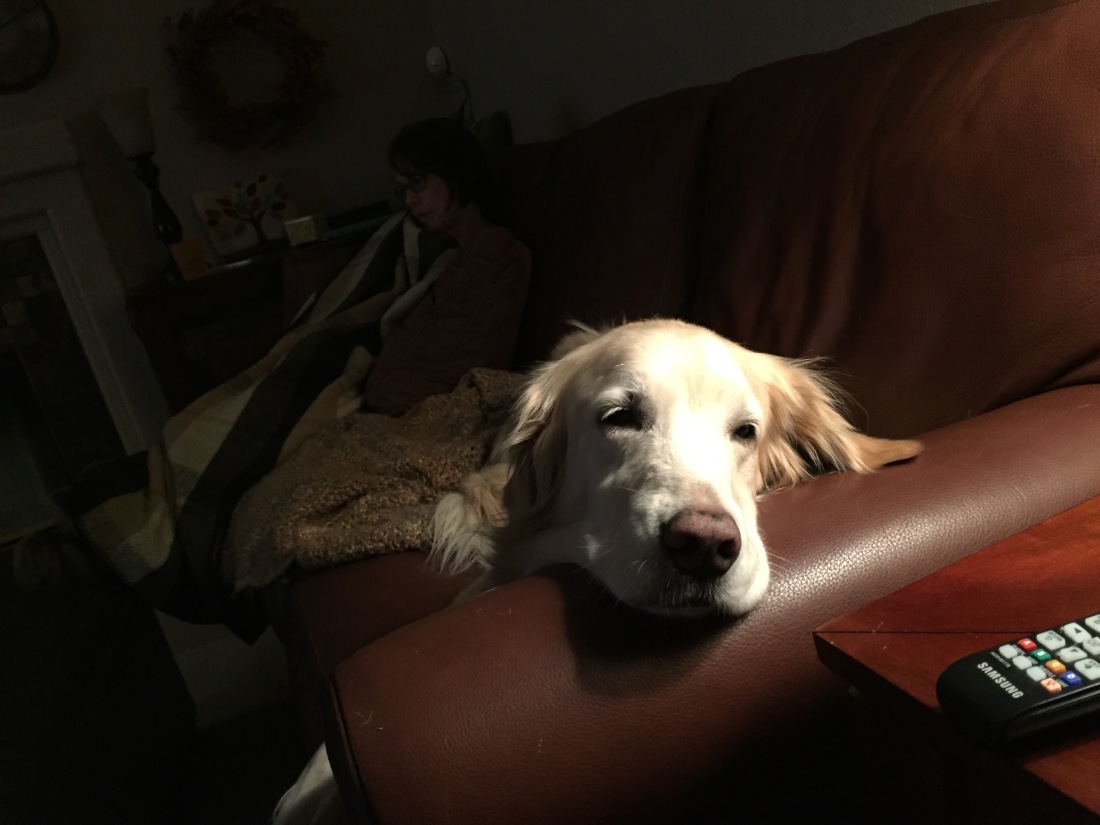 Kali has a very soft and fluffy bed.  It’s not like she has never experienced a soft place to lie down.  In fact it’s always puzzled me that she typically chooses to lie on the cold tile in the kitchen area or cement outside when there are softer alternatives such as the carpet in the house or grass outside.

She laid there on the couch looking like Oliver Twist in bed on the first night that Mr. Brownlow rescued him from the streets of London and offered him solace in his mansion.

And so it’s been and so it goes in the life of my Golden Kali.  I’m fine with her being on the couch, Smokey seems to like the company (and the extra warmth Kali provides), and Holly Brownlow had better be OK with it because she’s the one who plucked Kaliver Twist out of Fagin’s den and plopped her up onto the couch and into a life of luxury. 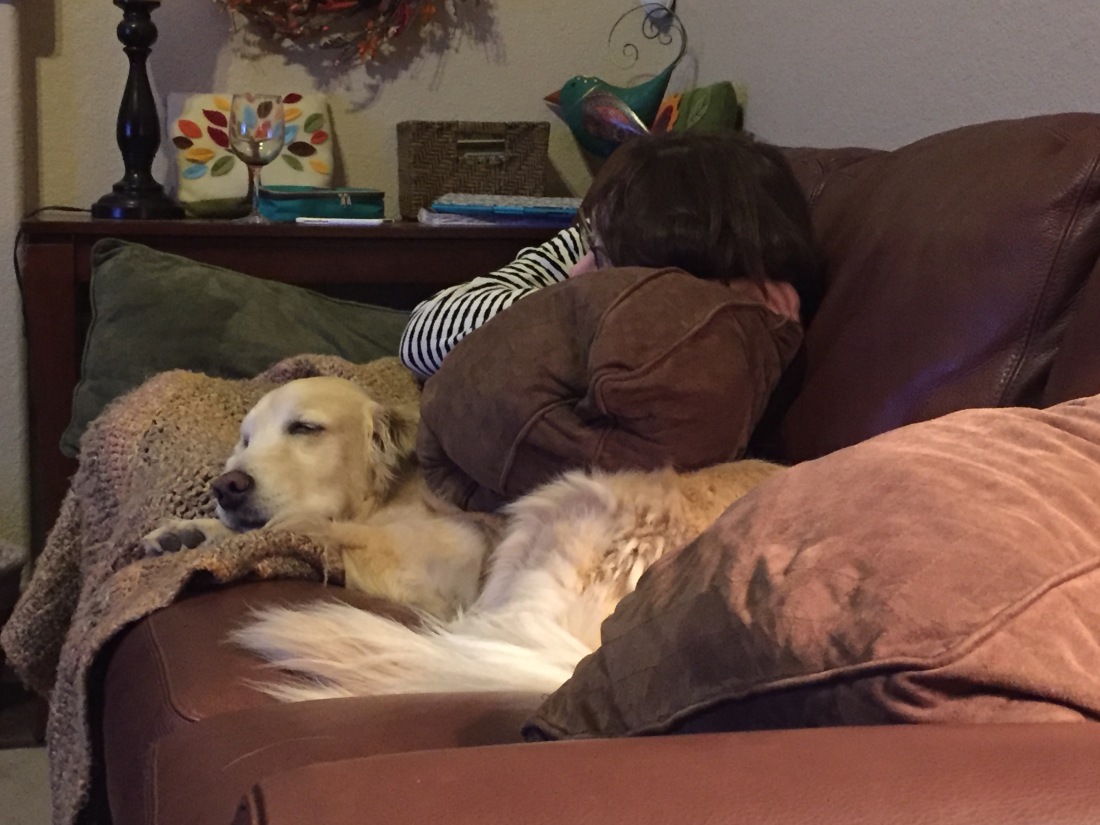 Big smile at those images. Sam is the consummate bed/sofa hog but seeing his peaceful happy face and amber eyes staring back in appreciation make this tough mommy melt. Glad the rules have been relaxed for Ms. Kali. She deserves the extra comfort of softness and close companionship. 🙂

Can’t argue with the look of contentment on that doggie face!

You did well holding off for so long! Ray “slithered” his way onto our sofa about 9 months ago (from memory)! 🙂

It was COLD. And I do believe that’s how and why our ancestors domesticated the wolves to begin with. I stand validated.

Hmm, I think this “Anonymous” comment is from Mrs. Brownlow herself!