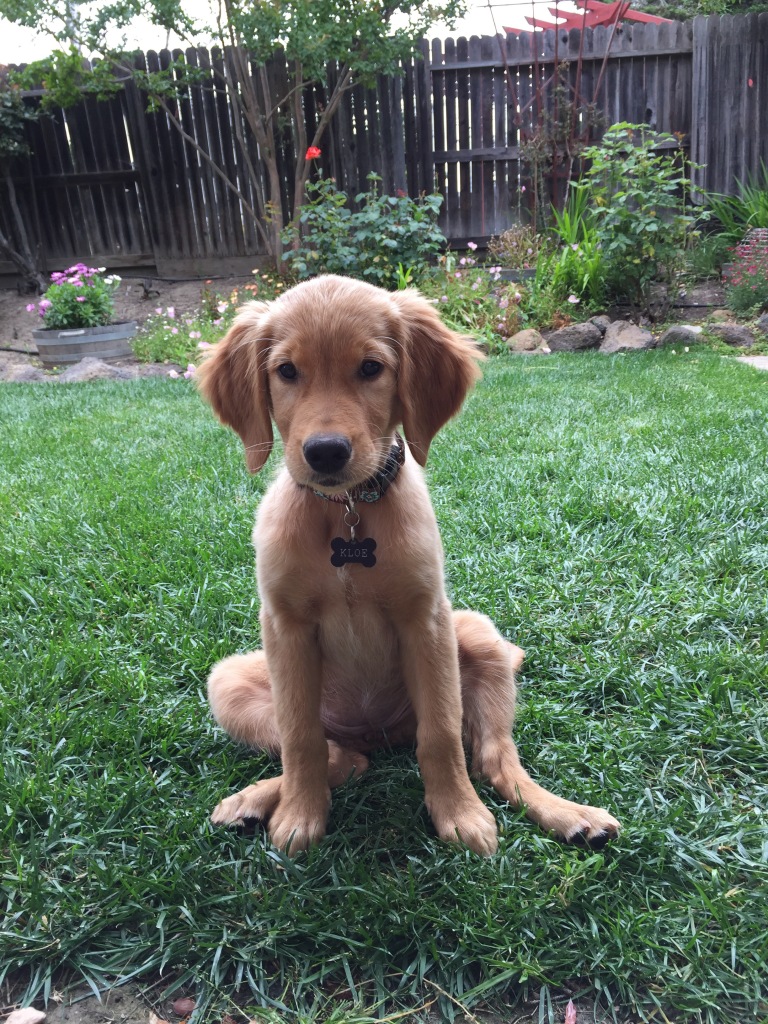 Kloe has never met a stick she didn’t like.

Like all puppies Kloe loved to chew and to this day is still a voracious chewer.  She was nine weeks old when she joined our pack and spent just two weeks in our home in Livermore, CA before we moved to The Golden K, our new home in the mountains.   Our Livermore home was a typical suburban home on a small suburban lot with a compliment of small suburban sticks.   Kloe had no problems finding these tiny sticks and she eagerly gnawed away at them.  We were initially concerned that being so small and young she would swallow too much of the bark and wood shavings she tore off with her razor-like puppy teeth.  But she was never interested in eating the shavings.  Instead she would chew the small sticks into pieces and spit them out in a tidy pile next to her.   She quickly gained our confidence that she wouldn’t eat an entire tree while we weren’t watching.

Being the stick lover that she is you can imagine Kloe’s excitement when we moved to The Golden K on five acres in the foothills covered with oak, cedar, and pine trees.   The amount of sticks now available to her was not simply incremental it was exponential.  It must have been like if I had moved from a home that had a modest wine rack holding six bottles of middle shelf wine to a mansion with a huge wine cellar holding hundreds of bottles of the finest wines money could buy.  Or, more likely, that’s just me projecting and in reality Kloe probably didn’t notice or comprehend the plethora of sticks now available to her and only focused on the stick “at hand” at any given moment.

These days the sticks, like Kloe, are much bigger and she still hasn’t met one she doesn’t like.

One down a million to go…. 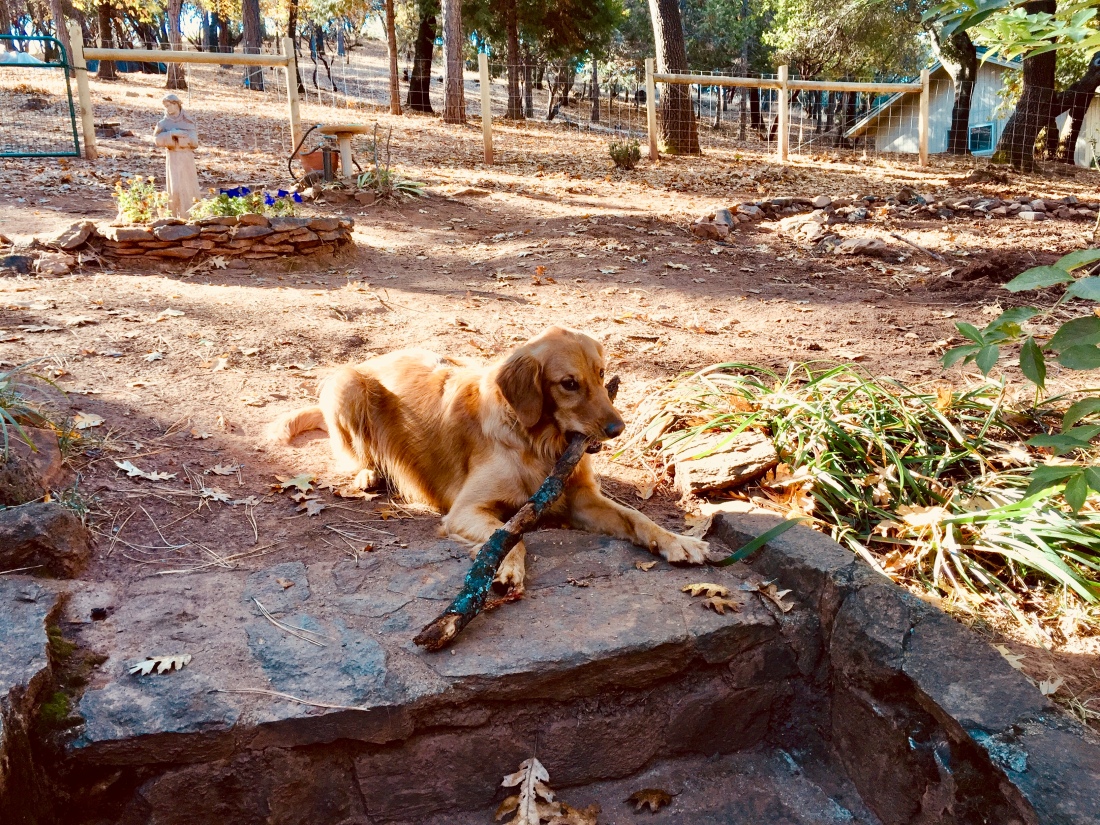 Oh sweet Kloe…sure wish my guys liked sticks. So many of them get chewed off the big maple in my yard by the resident hoodlum…er….squirrel and need to be gathered up and broken up into tiny bits for the compost bin. It’d be helpful if Elsa would focus on the sticks rather than the squirrel. 😊

Kloe is a great composter!

😍 Who’d have thought dogs could be so ‘green?’

She looks so happy with her sticks! And what a blessing that she doesn’t try to eat them…that way, you can just let her enjoy.

And enjoy she does! She has even inspired Kali on occasion to pick up a stick and chew. But then of course as soon as Kloe sees Kali with a stick that is the one she wants. 😐

Naturally….kids and dogs have that in common!