Spring is in the air and the deer seem to know it.

We got to know “our” black tailed deer during the past year.  We enjoyed their visits each morning and evening as we became accustomed to mountain life and our new surroundings.  We got to know the regulars – three bucks we named Scratcher, Kicker, and Chester – and the occasional doe who would follow behind in an appropriate amount of distance based on pecking order.

In early summer we gushed when a spotted fawn accompanied a doe and the three bucks down for breakfast.  We watched in awe as the bucks antlers grew and made these mature males look all the more powerful and glorious.  We mourned the loss of Gimpy, the buck with a broken leg, who we found him dead on our property in early Fall not far from our driveway.  He was an older buck who hobbled along on a three legs for at least a few years (per the previous property owners) and apparently died of old age and not because of his injury that he seemed to manage relatively well given the circumstances.

In Fall hunting season is followed by rutting which drive the deer away from the Golden K with only an occasional visit by a stray buck.  The mostly absence of deer throughout Winter was striking and I missed them.  I wondered where they went, how they were doing, and if they would return back to the Golden K.

And then they did. Last weekend our black tailed beauties returned home in full force.

There were antler-less bucks with foreheads sporting only sockets where their magnificent antlers once were but fell off in the last month or so.  There were does, skinny and hungry and presumably preparing for birth later this spring or early summer.  And there were the yearlings.  Small and skinny but healthy “kids” who survived the winter when the majority of their peers have perished.  Fawn mortality rate runs between 50% and 70%.

So as Spring begins friends of the Golden K have returned much to our joy and anticipation.  Anticipation of more fawns, more grand buck antlers, and continued health and prosperity that all  creatures- man or beast – hope to experience and be blessed upon by Mother Nature.

It’s been almost a year since we arrived at the Golden K.  The return of the black Tailed have Deer reinforced the circle of life and most notably my romantic perspective of life at 3100 feet. 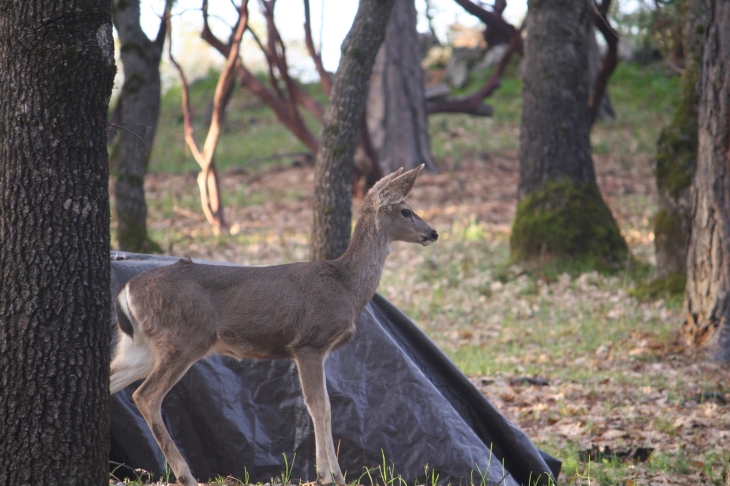 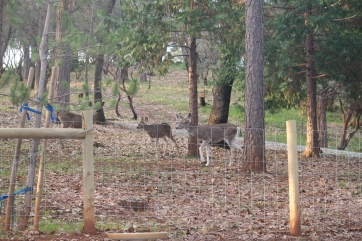 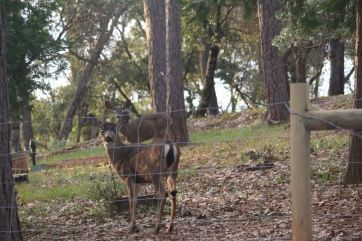 I imagine that snow and ice is especially unwelcome when one has to dig out, drive to work, and cover every inch of their body including their face as a regular part of their daily routine.  I can only imagine because I have never lived in such a place.  Growing up in the San Francisco Bay Area, and having lived their all my life until earlier this year, I didn’t experience any extreme weather elements.  The temperature was rarely below freezing, there was no real humidity to speak of, and never snow.

I realize that much of this country and others in the Northern Hemisphere get plenty to a lot of snow and that it’s not always a welcome element.   I’ve seen pictures of Syracuse, NY in the winter.  I’ve heard about Duluth MN in January.  Mother Nature is probably not any kinder in Grand Rapids MI and Quebec City in Canada during the winter months.  I would probably perish after a winter week in any of these cities.

So when the Golden K gets an inch or two of snow and it all melts by mid-afternoon can I really say, with a  straight face, to anyone who lives or has lived where snowfall is 60 or 70 inches per year, that it “snowed”?

We’ve had three days of snow this year which I understand is about average for our area up to this point in the season.  I feel very blessed to be living at the Golden K in the middle of a forest covered by pines, oaks, and cedar trees.  With each change of season so far (Summer, Fall, and now Winter) I appreciate a different type of beauty on display that I once only dreamed of waking up to each day.  This morning after several days of rain and one day of snow the sky is blue, the air is crisp, and leaves and pine needles are shimmering.

The snow day we had this past Thursday was magical to wake up to.  I didn’t have to dig out.  I didn’t have to bundle up. And I didn’t have to drive anywhere because I work mostly from home.  I know I am blessed because instead of digging out I was free to take a walk (OK I did bundle up a bit…) about the Golden K and explore the beauty with a romantic perspective of life at 3100 feet.

Mother Nature was very kind to us on this morning! 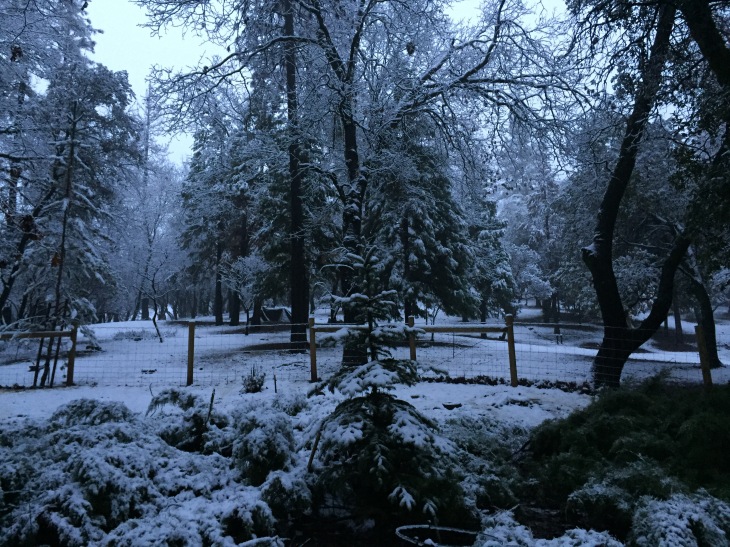 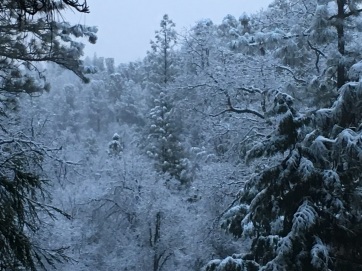 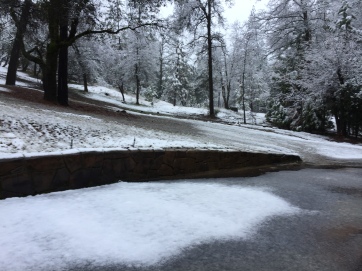 I don’t typically partake in reflection of the past year as the new year approaches but this year has been like no other. It has been the year of the K.

Packing up 34 years of suburbia and moving to a rural area was a truly life changing event for Holly and I. This journey started in September of 2015 when “just for fun” I began looking on the internet at homes for sale in the foothills.  One of the first I saw  was a five acre property in Tuolumne CA.  It seemed to call to me and Holly agreed that it looked wonderful but she was not keen on moving; at least not for several years.

A few weeks later we drove up to see the property “just for fun”.  Over the following weeks and countless discussions about the possibility and rationale for moving  the “just for fun” became serious and we decided to look at more properties.  We saw several that we liked but none met the beauty, charm, and rustic elegance of what was to become The Golden K. We made an offer in November and closed escrow in December, just over a year ago.

Wow! What in September were only musings about one day moving to a simpler life in the mountains became reality just four months later in.  It’s one example of many over the past 34 years of Holly and I aligning on a goal and making it a reality.

The sellers rented back from us through April which gave us time to sell our home in Livermore and for Holly to finish her school year as a teacher.  In early May while still living in Livermore we brought a nine week old Golden Retriever home that we named Kloe, with a K or course like her big step sister Kali with a K.

That was all the inspiration I needed. I then knew we were moving “home” to The Golden K.  We moved in full time over Memorial weekend and we never looked back.

So here we the four of us: a guy and a gal still desperately in love after 34 years of marriage, two beautiful and loving Golden Retrievers, and one shared romantic perspective of life at 3100 feet. 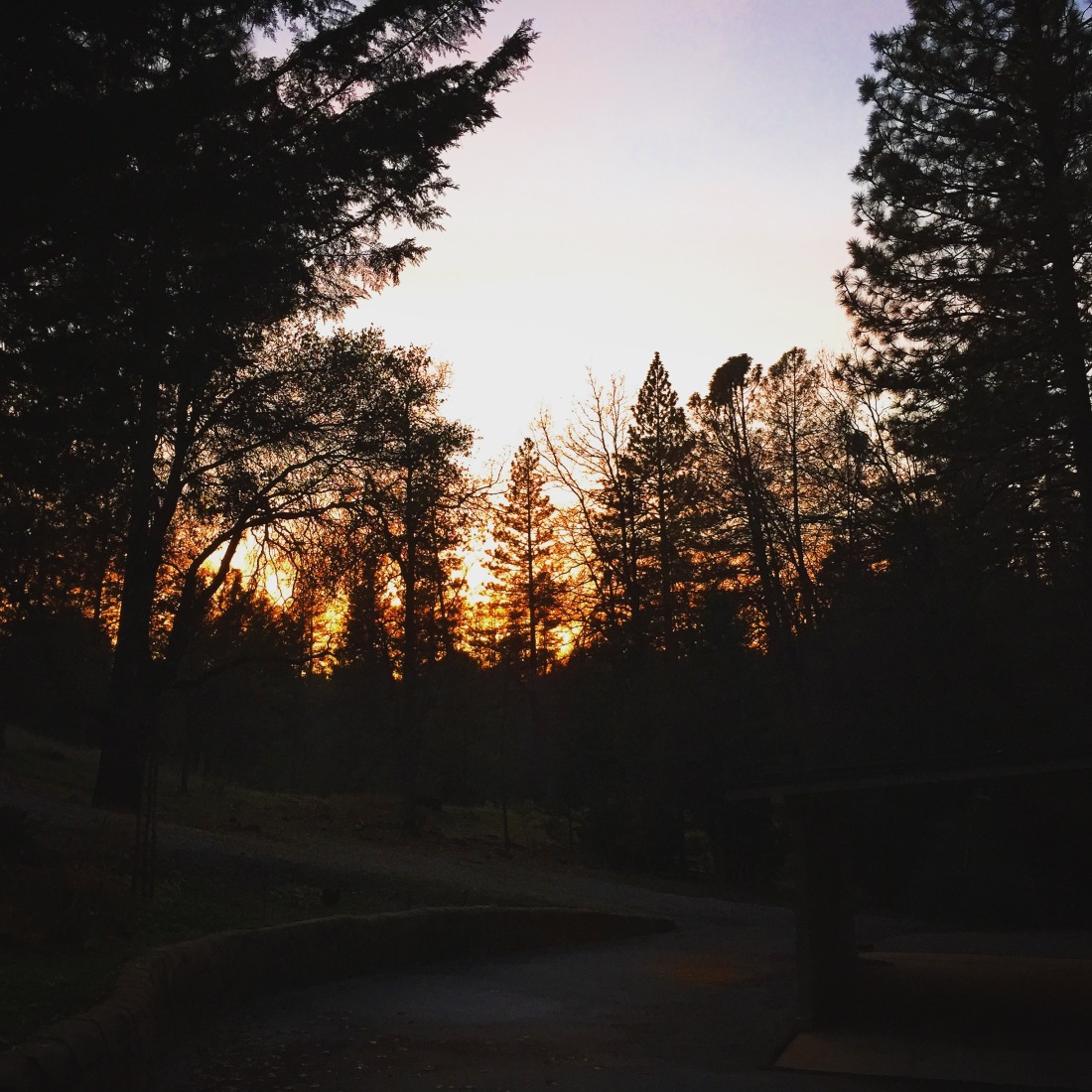